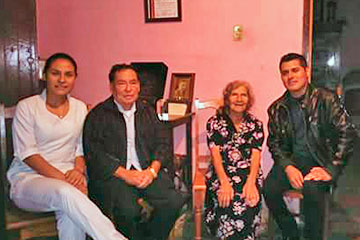 "Our coffee is teamwork and perseverance with beautiful results; our coffee is coffee forever"

Coming from seven generations of farmers, Samuel Altamirano represents the seventh generation working on "Dinastía Altamirano" farm. Coffee production began in 1879 with Don Leandro Altamirano and has not stopped since.
Samuel Altamirano has maintained the bond with his community as his predecessors did, based on a trustful relationship, fair payment and friendly deals.
During the harvest time, the farm receives 20 to 25 workers, at the beginning of the harvest they are paid by the day and later by the kilo, the payment is weekly on Saturdays.
Samuel, besides maintaining the family tradition, has updated his processes with continuous training for him and the farmers who work with.
Samuel says that teamwork is the best way to benefit everyone. Besides the fair payment, in "Dinastia Altamirano" Farm a fraternal atmosphere and coexistence is promoted. As an extra help, at the end of the harvest season a groceries kit is given to each farmer and an extra bonus payment is given in appreciation of their hard work.
In order to maintain the quality and to reach the desired result, Samuel Altamirano pays attention in all the processes, especially the fermentation, where for him, the coffee reaches the ideal flavor, that is to say, neither residual nor insipid, a perfect fermentation; besides the slow and homogeneous drying.
In the farm there are also environmentally friendly practices, no pesticides or herbicides are applied, the straw that comes out is watered in the coffee plantations, the virgin area is respected and the felling of trees is prohibited.
The production of specialty coffee has been a part of the Altamirano farm, although there is production of conventional coffee, Samuel intends to focus on perfecting its specialty coffee processes. 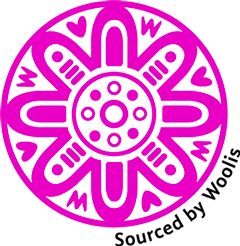