"OUT OF LOVE AS A PRODUCER AND RESPECT, EVERY YEAR I TRY TO IMPROVE AND PERFECT MYSELF IN ORDER TO DELIVER BETTER QUALITY COFFEES, AT FINCA CHELIN THERE IS ALWAYS A CONTINUOUS IMPROVEMENT TO RENEW, REINVENT AND HAVE BETTER RESULTS".

Located in Calendaria Loxica in the state of Oaxaca, "Chelin" Farm has been producing coffee since 2013 under the management of Enrique López.
The coffee production has been part of Enrique's life; his great aunt started the coffee production a 1 century ago, her name was Angel Peralta Rodriguez. The name of his farm "Chelin" refers to the name of Enrique's mother, "Graciela"; Mrs. Graciela's brother-in-law called her "Chelin".

The inspiration and reason why Enrique continued the legacy of growing coffee, was his father Jaime López Vertiz, who in 1956 founded "Santa Cruz" Farm in La Concordia, Chiapas and dedicated 44 years of his life to coffee until he sadly passed away in August 2000.

Enrique López Aguilar has been developing his ideas for 21 years and turning them into innovative processes. He wishes to leave a mark in the country and in coffee history sharing his knowledge, so that his Mexican colleagues can achieve an improvement in their production and quality of life.
Part of his vision is to guarantee the next generation an ecosystem that allows them to continue producing high quality coffee while respecting nature through sustainable agriculture.

Enrique López is known for being an innovative person and his farm is compared to a laboratory where important projects are developed in cultivation, fermentation biochemical processes, endangered species preservation, environmental impact, grafting of soil, improvement of varieties resistant to rust, among others.
One of its environmental focus projects is the program to determine the amount of carbon that the Farm captures year after year.

"Chelin" Farm's dedication has been recognized worldwide by large companies such as Intelligentsia Coffee, an international pioneer in specialty coffee.

They experiment with different processes in a natural way in order to find the best molecular structure of the coffee bean according to its own origin and from this point to adequately design the chemical processes in order to discover new and different profiles, conserving the origin by 80%.

As a result, Enrique López already has 300 plants that will produce varieties such as Anacafé 14, Mocha, Laurina, Pacamara, Garnica and Cider.

Producing a specialty coffee is the result of the application of various complex processes, but at "Chelin Farm the excellent result is attributed to the profiles developed through fermentation and above all to the wet mill, which is the center that guarantees the quality of the coffee year after year, regardless of external factors.
It is at this point where Enrique López demonstrates that the producer is the one who pushes the coffee to the limit and therefore the most important actor in this great chain.

At "Chelin" Farm, the producer loves what he does and knows perfectly what he is doing, therefore, it is the obligation of the following actors in the coffee chain to adequately express the characteristics of the coffee, which offer a cup with a wheel of different flavors.

Enrique López's commitment to the development of Mexican specialty coffee transcends territories, as his vision has attracted the attention of other Mexican producers and has resulted in interesting projects and alliances with other Mexican states such as Puebla and Veracruz. One of these projects has been the creation of a Mexican Council of Extraordinary Coffees. The purpose of this council is to commercialize Mexican specialty coffee in international markets. 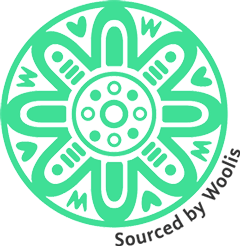