"When you taste the product I hope it will arouse your curiosity about how it was made and about the dedication, it is worth more to us the recognition of the work coming from the land of Almoloya than the money"

Climaco Cruz is originally from the State of Mexico and owner of the "La Teja" Farm. He is a teacher by profession but has dedicated himself to agriculture by family tradition. He started seven years ago with the staggered planting of coffee, advised by his great friend Federico Barrueta. Together they trained in coffee production, perfecting their processes with the objective of producing the best coffee in the region. The State of Mexico is known for its agriculture in corn and beans, but little known for its coffee, which is why Clímaco Cruz's coffee has attracted the attention of experts.
The coffee of "La Teja" Estate is produced with sustainable and friendly practices with nature, its irrigation system comes from a spring close to the region, besides, the ecosystem that surrounds the plantation has not been altered, that is to say, Clímaco Cruz is committed with the respect towards the local flora and fauna, which benefit the production of its coffee, such as the beehives in charge of pollinating its plants. Within Clímaco Cruz's practices, the reduction of chemical substances is noteworthy, thinking not only on how this has a favorable impact on the plant, but also on the land. For him, the land is the main actor in his production process.
The workers of "la Teja" receive a fair remuneration for their work and like Clímaco Cruz, they are in constant learning, they consider that their coffee meets the technical requirements according to the established standards of the market and they are proud of it. 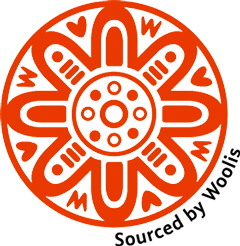